You are now leaving the Otrivin.me site and moving to an external website independently operated and not managed by GSK.

GSK assumes no responsibility for the site.

If you wish to leave the site, click 'continue'. 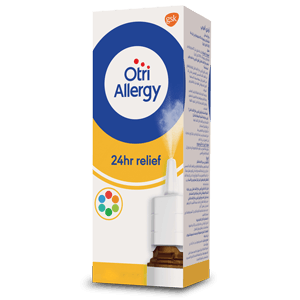 Only available UAE and Oman

Only available in Gulf and Near East

By clicking the link above, you will be taken to an external website that is independently operated and not managed by GSK. GSK assumes no responsibility for the content on the website. If you do not wish to leave this website, do not click on the link above.

Prophylaxis and treatment of allergic rhinitis including hay fever and that caused by other airborne allergens such as house dust mite and animal dander.